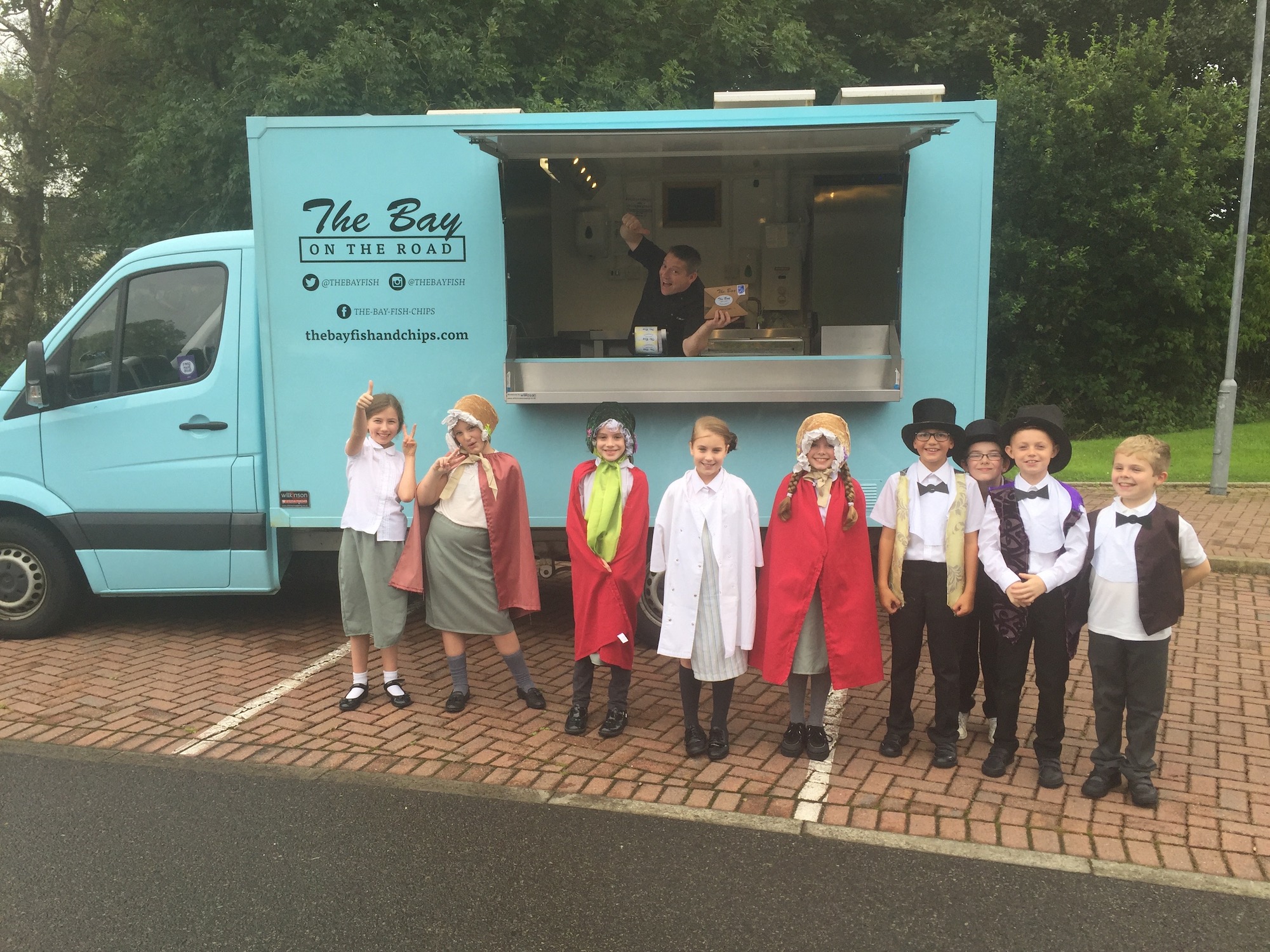 The Bay works on educational silent film about the seafood industry

Industry expert Calum Richardson of The Bay Fish & Chips has joined forces with Captain Catch’s Silent Film Festival, a festival designed to educate children on the seafood industry, to create a short silent film about The History of Fish and Chips.

Funded by Seafish and produced by Beard Askew, Calum worked with aspiring young filmmakers from Stepps Primary School, one of the five schools selected from across the UK to take part in the seafood themed festival, to produce a film about the journey fish and chips has taken through time.

As well as being invited to do the voiceover for the film, Calum shared his invaluable knowledge of sustainability, the environment and provenance, making it a fun, insightful and engaging experience for the children involved.

Calum Richardson, Chef/Owner of The Bay Fish and Chips, said:

“When I first heard about Captain Catch’s Silent Film Festival I thought it was such a fantastic idea and something I’ve always been a big advocate of and keen to see more of in the food and drink industry. When I was invited along for the day to meet the pupils involved in the making of the film, I wanted to do everything I could to make it a great learning experience for them. The end result is beyond amazing and I’m delighted I got to be involved with the Festival. All of the children were absolutely fantastic, real stars – each and every one of them!”

Captain Catch’s Silent Film Festival has enabled children to engage with issues important to the seafood industry through their conception of ideas to form the basis for a short silent film. From the initial workshop day, through to filming and post-production, the students explore marine life and how this in turn becomes the seafood we see in the supermarket, at the fishmongers or at your local fish and chip shop.

“Calum’s involvement in the making of this silent film was invaluable from the very beginning. The children absolutely loved meeting him, seeing The Bay on the Road in action and hearing all of his stories. They all took so much away from the experience…. and they couldn’t get enough of his fish and chips!”

As well as being a market leader when it comes to sustainability, provenance and environmentally friendly business practice, Calum also regularly visits local schools to teach children about the importance of sustainability and eating well. 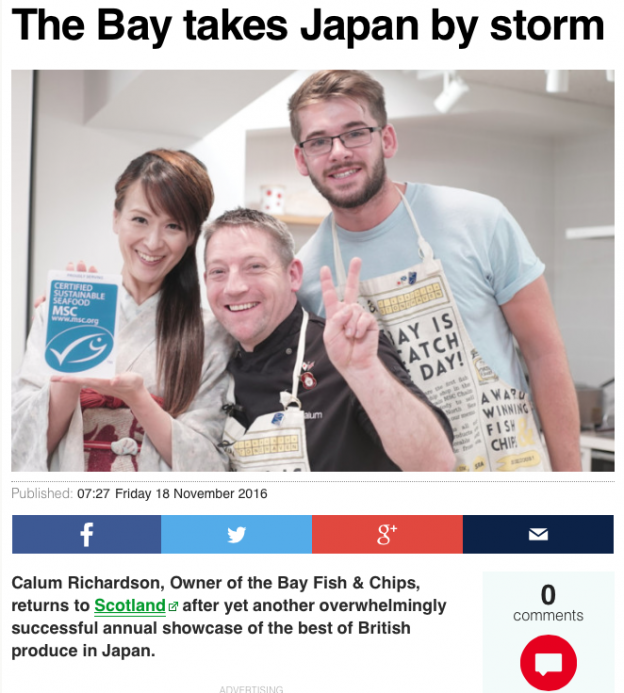